My old friends at VIFM probed, poked, measured, sampled, photographed, turned me over and re-assembled me – – –  several times. They also dug up a lot of things besides me!

Oh, my apologies to VIFM, they didn’t dig me up. A bunch of archaeologists did – – – several times. They were losing their heads over the fact that I lost mine.

But enough levity! Here are some things that VIFM lists as recent news about me. 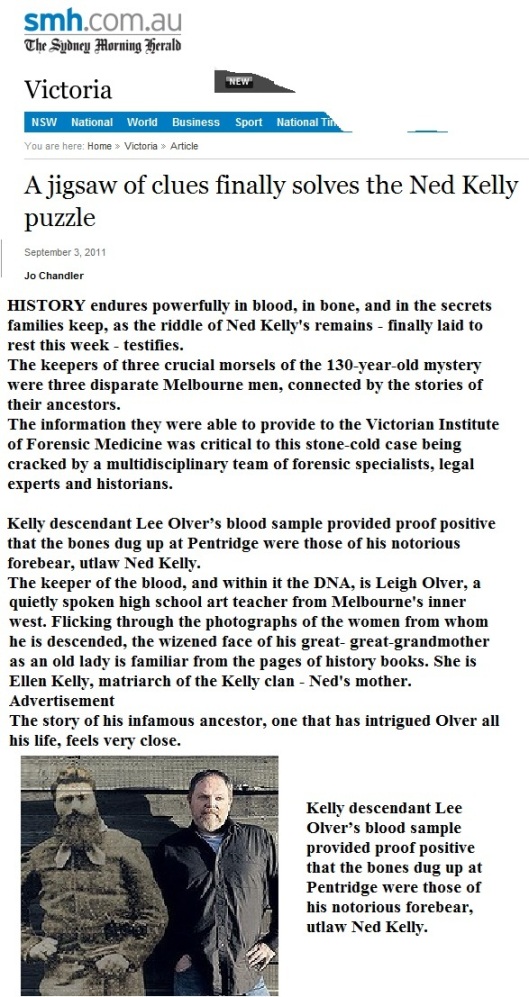 I bet if old Lee Oliver knew I was standing right beside him he would have jumped out of his skin.

Then we would look even more like each other! 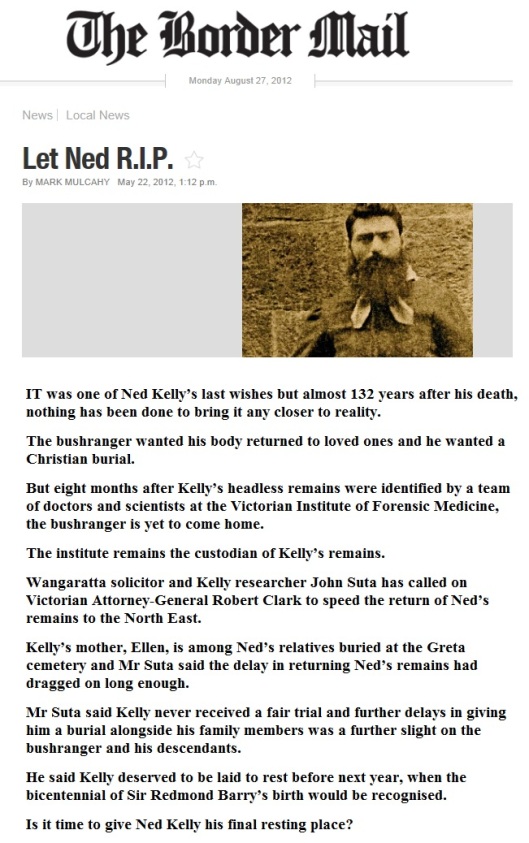 So you can see my story never ends; and it keeps renewing itself.

You can look the following over to see how the story is like those “Willy Wonka Everlasting Gobstoppers.” They just never end!

Bones of Australia’s Jesse James Are Identified, but His Skull Remains a Fugitive – 01/09/2011 – New York Times

Come on back and we will see if we can close this story out (although I am not quite ready to do that).

On the other hand, I can’t close this out with just one more post.

I really don’t want it to end. I like talking about myself.

But you don’t want to follow my path to infamy.