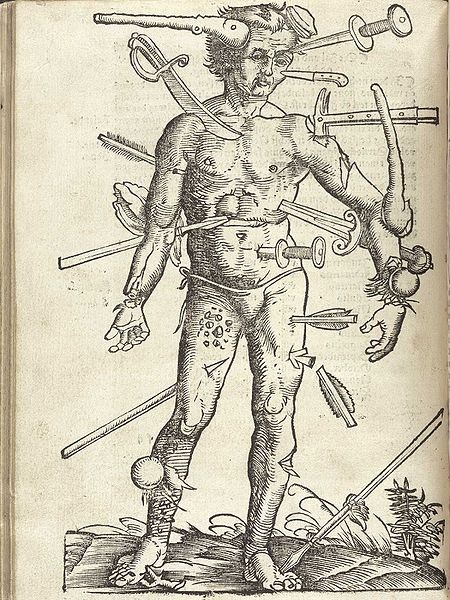 The sheep and the motorcyclist had hardly finished their act when four acrobats walked out into the dusty and smoke filled ring. There was hardly room for all of them. Their leotards were a bright yellow color with purple piping. The piping was so defined that it clearly could be seen by the most distant audience member. A rope ladder dropped down from somewhere near the top of the circus tent. One by one the acrobats climbed up the ladder to reach a dimly lit platform. The audience strained to follow their moves. A trapeze could be seen swinging back and forth.

The acrobats appeared to be arguing about something. This was not good for the pendulum like movement of the trapeze. The arc it traveled became smaller and smaller as they argued. It was apparent that one of the acrobats would be required to leap onto the slowing trapeze to give it momentum. Suddenly one acrobat ripped off his leotards only to expose a nun’s habit underneath. From beneath the skirt the nun deftly removed the white cap of a novice and donned it. With that she forcefully shoved a fellow acrobat off the platform and towards the trapeze. The unbalanced acrobat fell backward. His head hit the trapeze bar as his arms flailed wildly in the air. He fell straight downward and landed on top of the sheep. The nun leapt at the wildly swinging trapeze bar and successfully grasped it in both hands; habit swinging to and fro.

The two remaining acrobats discussed something in earnest and then climbed back down the rope ladder. One went to the left. The other went to the right. Both avoided the dogs. They whistled and warbled as they departed only to return a few seconds later. Then the one who departed to the left apparently changed his mind and departed once more; this time to the right. The remaining acrobat looked upward at the nun who was slowly losing her grip on the trapeze bar. This remaining acrobat walked over to the poor acrobat who had been pushed. He lifted him up and asked if he was all right. The response was a weak “yes.” With that, the remaining acrobat placed the injured one directly beneath the nun who promptly fell from the trapeze. He/she landed on the recovering acrobat and broke his neck. He died immediately. The remaining acrobat and the nun bowed their heads in memoriam, pointed at each other, curtsied, and exited; stage left.

The audience, clowns, dogs and mini-cycle rider all remained silent and stunned.