George Park wondered “Is Epinetus really going to tell me more about the final leg of the family’s pilgrimage?”

“The family finally reached Unadilla just south of where the Ouleot Creek joins the Susquehanna River. The river was quite high but still negotiable via a horse drawn ferry float. Uncle Henry informed me that it took several trips to ferry the wagons and livestock across the Susquehanna. Grandfather vigilantly watched upstream for floating trees. He had not forgotten his float disaster at Bainbridge.”

“My father Horace told me that when the family reached Unadilla proper Grandfather located a wheelwright. The man replaced Grandfather’s leather wheel bearing with a steel one. The wheelwright was very impressed at the ingeniousness of Grandfather’s quick fix. He was even more amazed that it lasted as long as it had. Grandfather paid the man twenty-five cents and the Birdsall family was on its way the next day.”

Epinetus became quite excited as he repeated what his father had told him about the trip from Unadilla to Greene.

“The map and the compass told Grandfather that Greene was almost due west from Bainbridge; –   – –   ‘Jericho’ at that time.  As you know, Mr. Parks, Unadilla is in the Susquehanna Valley as well as Bainbridge However, the terrain told a different story. The path westward from Unadilla to Bainbridge was well worn and free of roots or boulders. The same was true of the first three miles out of Bainbridge; after that, it was a terrible journey.” 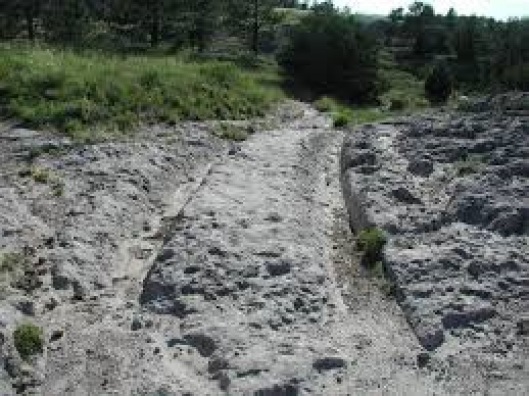 “It was obvious that a few wagons had previously made the trip. These signs were comforting but hardly very helpful. Saplings hid the previously hewn stumps from which they grew. Grandfathers draft animals tripped on the stumps. If the animals missed the stumps then the wheels usually did not. The wagons would come to a jarring halt that threatened to tear the wheels off.”

Epinetus, sitting in his chair, would lurch forward, then backward, in order to emphasize to George what it must have felt like.

“Every once in a while one of these stumps, or a hidden boulder, would throw someone from the wagon or ox cart. It soon became practice for most everyone to walk behind the wagons instead of riding. They would still get thrown to the earth as hidden roots and fallen limbs caught their feet. Minor wounds were suffered by everyone but major injuries did not occur. Only Uncle Henry was in pain due to his crushed hand; and even that pain was subsiding.”