The ceremonies of the inauguration were concluded and I returned with the officers of my court and immediate followers, to Karakorom. This town, though nominally the capital of the empire, was, after all, quite an insignificant place.

Karakorom was by no means a great and splendid city. It was surrounded by what was called a mud wall—that is, a wall made of blocks of clay dried in the sun. The houses of the inhabitants were mere hovels.

I did not spend a great deal of my time at Karakorom. I was occupied for some years in making excursions at the head of my troops to various parts of my dominion, for the purpose of putting down insurrections, intimidating discontented and insubordinate khans, and settling disputes of various kinds arising between the different hordes. In these expeditions I was accustomed to move by easy marches across the plains at the head of my army, and sometimes would establish myself in a sort of permanent camp, where I would remain, perhaps, as in a fixed residence, for weeks or months at a time. Not only myself, but many of the other great chieftains, were accustomed to live in this manner.

These encampments, if you could have seen it, would have been regarded as a great curiosity. The ground was regularly laid out, like a town, into quarters, squares, and streets, and the space which it covered was sometimes so large as to extend nearly a mile in each direction. The tent of the khan himself was in the center. 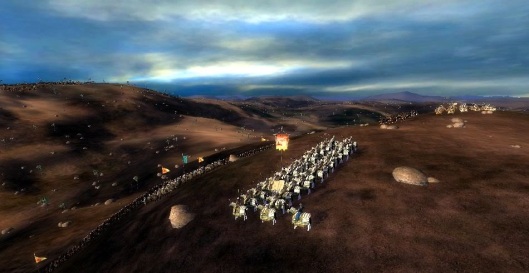 A large portion of the country which was included within the limits of my dominions were fertile ground, which produced an abundance of grass for the pasturage of the flocks and herds. There were, however, several districts of mountainous country, which were the refuge of tigers, leopards, wolves, and other ferocious beasts of prey. It was among these mountains that the great hunting parties which I organized from time to time in which we went in search of game. There was a great officer of the kingdom, called the grand huntsman. My son Jughi, who has already been mentioned in connection with the great council of war, and with the battle which was subsequently fought, and in which he gained great renown, was appointed, by me, to the office of grand huntsman, and, at the same time, I made two of the older and more experienced khans Jughi’s “ministers of hunting”

The hunting of wild beasts as ferocious as those that infested the mountains of Asia is a very dangerous amusement even today, notwithstanding the advantage which the modern huntsman derives from the use of gunpowder and rifled barrels. But in those days, when the huntsman had no better weapons than bows and arrows, javelins, and spears, the undertaking was dangerous in the extreme.

Wild beasts more formidable than men in my days; when pikes and spears, and bows and arrows, were the only weapons with which the body of huntsmen could arm themselves for the combat. Indeed, in those days wild beasts were even in some respects more formidable enemies than men. A lion, a tiger, or a panther, once aroused, is wholly insensible to fear. He will rush headlong upon his foes, however numerous they may be, and however formidably armed. He makes his own destruction sure, it is true, but, at the same time, he renders almost inevitable the destruction of some one or more of his enemies, and, in going out to attack him, no man can be sure of not becoming one of the victims of the beast’s fury.

Besides the mountainous regions above described, there were several deserts in my country. The greatest of these deserts extends through the very heart of Asia, and is one of the most extensive districts of barren land in the world. Unlike most other ‘great deserts’, however, the land is very elevated, and it is to this elevation that its barrenness is, in a great measure, due. A large part of this desert consists of rocks and barren sands and is totally uninhabitable. It is so cold, too, on account of the great elevation of the land, that it is almost impossible to traverse it except in the warmest season of the year.

Such was the country which was inhabited by the wandering pastoral tribes that were now under my control. My dominion had no settled boundaries, for it was a dominion over certain tribes rather than over a certain district of country. Nearly all the tribes composing both the Mongol and the Tartar nations had now submitted to me, though I still had some small wars to wage from time to time with some of the more distant tribes.

2 thoughts on “GENGHIS KHAN; my own words #67 A Short Stay in Karakorom”