In 1959 events became more intense with the regard to The First Earth.

I recall one of the ﬁrst of these with precise clarity and it seems that I perceived then something of its prophetic character. It happened in an apartment on Ely Park Boulevard, facing a high stand of trees which looked out toward a golf course. Lady Elizabeth Hocksteader had received several gifts from The First Earth. On her porch someone deposited several boxes with stamps identifying the source –First Earth – Sears Roebuck, Detroit, Michigan – Prepaid. Delicate objects emerged: Delft China from Utrecht and Crystal from Czechoslovakia covered with engraved horned fauna, and an urn made of Papier-mâché which was most amazing because it echoed the urn that was meant only for Jock Crimmins.

Of course – dear readers – – you must remember that it was in Albany where we met Jock Crimmins; he was the feature character several books ago. Jock was the great uncle of Josh, the common friend of Hemingway and myself. Josh Crimmins was the one who found a – gold-on-purple — cover of the Anglo-American Cyclopaedia in a bookshop in Utica, near the corner of Bleeker and Mohawk Streets. (The echoes continue to be heard and not seen.) Jock, unlike Josh, was the lead character in “Verdant Palaces.” The following will remind you of where and when he appeared;

Incredible as it may seem, there are certain punctilious men and women who act as a sort of “word police,” Chomsky not excluded. They will note, for example, that our hero Jock Crimmins, would have talked about an urn of ashes, not a vessel, and they will criticize (perhaps unfairly, perhaps not) the elimination of the word “savage” within the work.

Who knew about those ashes resting comfortably in an apparent hand-carved black walnut funeral urn? And who would have guessed that the urn sat in a darkened corner of New York State’s Assembly chamber?

And the most vicious fact of all was that the apparent hand-carved urn was really made of papier-mâché and painfully stained to look like black walnut. The only thing missing was a serpent winding here and there and a few words that challenged all translation. The leaves and ivy lent authentication to the fakery.

Oh yes. There was one other thing missing; the ashes.

It was a peculiar situation that someone, or some political body, had gone to the trouble of constructing a false urn, meticulously applying the faux patina, filling the urn with Jock’s ashes, and finally disposing of those ashes in such an untroubled manner.

And then at the end of “Verdant Palaces” we discover the narrator of the story.

There is only one remaining fact that must be cleared up. Jock in his final years asked me for one last favor. I was only too pleased to do whatever he asked. Therefore, I agreed before he had stated his wishes.

“Lewis” he said “since I have no family I wish for you to ensure that I am cremated upon my death.”

I wished not to speak about such things but he insisted on finishing his request.

“Within the chamber of the New York legislature you will find a burial urn, dark in color that mimics black walnut. There are several engravings, encryptions and designs upon the urn. Inside the urn are the ashes of Ave`. I wish you to mix my ashes with hers and deposit them upon the top of Catamount Mountain.”

It has been done.

Amongst the boxes and crates that were deposited on Lady Hocksteaders porch was – with perceptible and tenuous tremor – a metal case that vibrated mysteriously. Lady Elizabeth recoiled. The metal case was oblong in shape; the letters around its edge corresponded to one of the alphabets of The First Earth. This was the ﬁrst infringement of this fantastic world into our world of reality.

I was uneasy by the stroke of chance which made me witness a second intrusion as well. 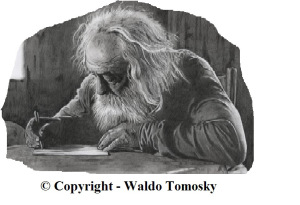