John Bessac was a resident of Hudson, New York, in 1788. His business was drastically downsized. Monetarily, John was far removed from where he had been as a middleman between France and the United States. Much money was owed to him but due to the cost of the war quite a large number of the indebted no longer had the money to pay. Others, who had supported the British, fled the United States and settled in Canada. 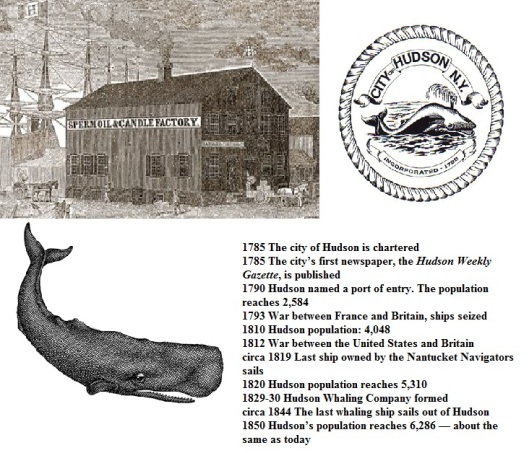 John was beginning to carve out a comfortable living by trading with the French speaking natives of Lower Canada and the Indian tribes of the North and West who also spoke French. He would load a wagon with light-weight articles and travel north into Canada. From there he would travel west to Niagara.

By then his light-weight articles would have been sold or bartered. His wagon-load, during each trading session, would slowly have changed to furs purchased from French trappers and Indians. The notes and currency he received always paid for the venture and the valuable furs were clear profit.

This circuit trading continued on for three years. 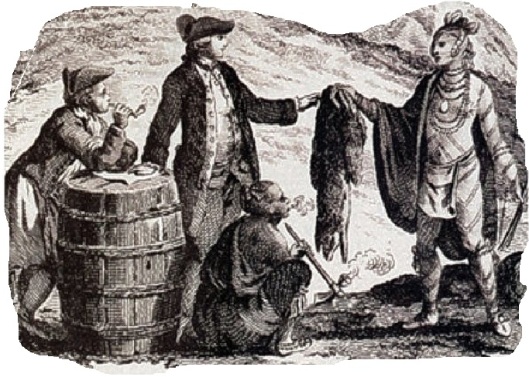 John Bessac eventually had enough money to open a business in Hudson and remained there until 1809. During that time he enjoyed the comforts of home and his growing family.

There were eight children in all. They stayed close to him and his excellent wife Anah. John’s example of culture and intellectual pursuits were not wasted on his sons. They were frugal, honest and industrious. The daughters, likewise, followed the example of their mother who maintained a home of happiness and hospitality. 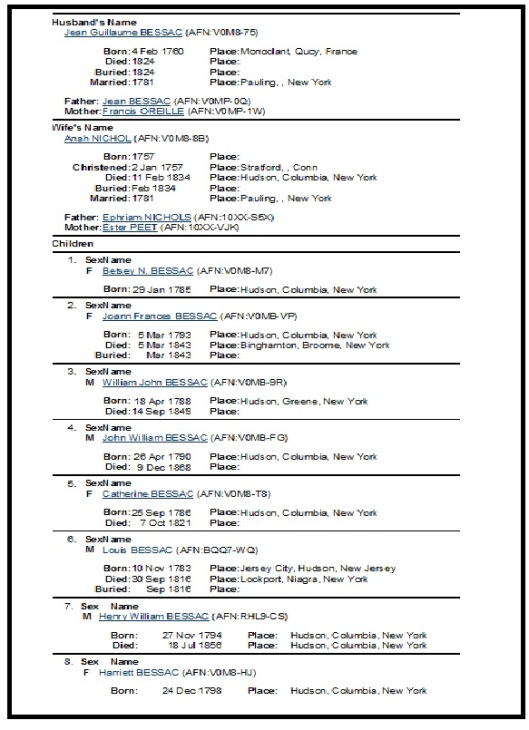 The Bessac home during that time was open to the poor penniless French refugees and travelers who had no home. The French Revolution had treated no one well.

It did not matter how ragged and destitute the refugees appeared to be. John and Anah always welcomed them into their home for a meal and a place to stay. Quite often a new set of clothing was obtained for the wanderer. 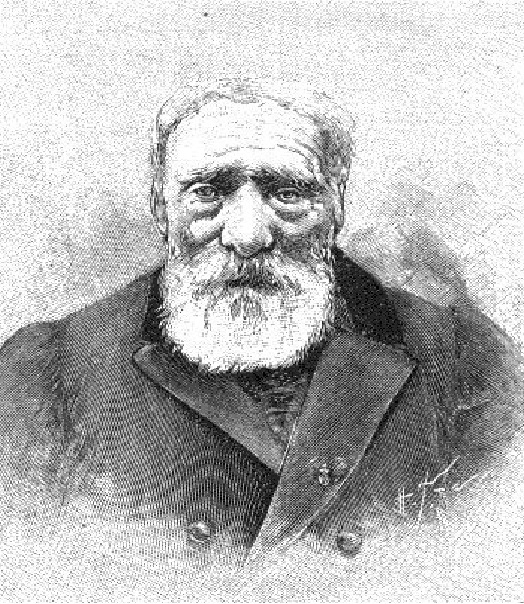 Few, if any, communications from his home country of France were received; other than a letter or two from his old friend Barte. Barte gave good account of his own activities but always ended in a warning for John to stay in the United States.

The Kingdom of France was being threatened by the National Assembly.

Letters from John to his brothers Baptiste and Bertrand were sparse.

During this period John never mentioned his wife or children. 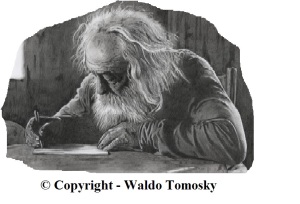