An insane woman was taken to trial for poisoning and shooting her two children. 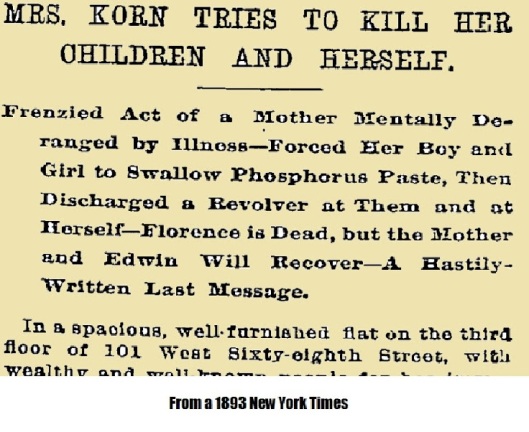 The trial record confirms this act. 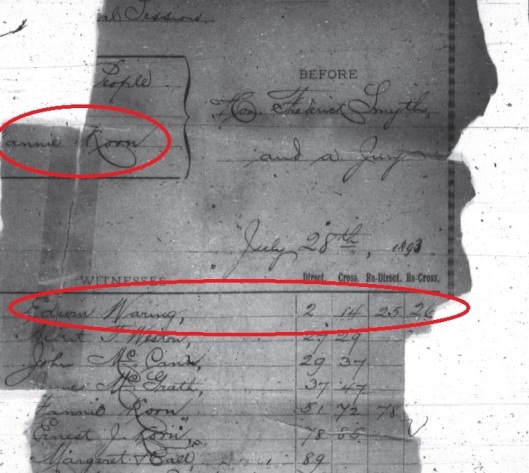 On July 28th, 1893, the Honorable Frederick Smythe and a jury hear testimony surrounding the tragedy.  A young boy, his father, several doctors and a janitor are the witnesses.

Fannie Korn is the perpetrator and Edwin is the only survivor with any form of sanity remaining.

And so they interrogate poor Edwin on the stand. Not a good thing for an eleven year old boy to endure.

They ask him about the liquid creosote that was used as poison. 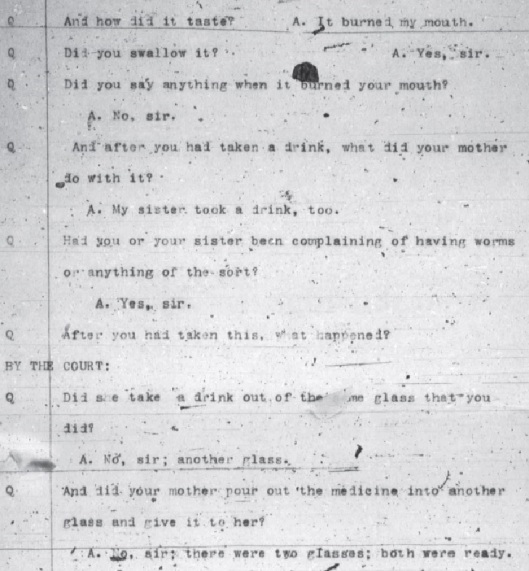 The court asks Edwin about his mother’s strange behavior; the moving from city to city. 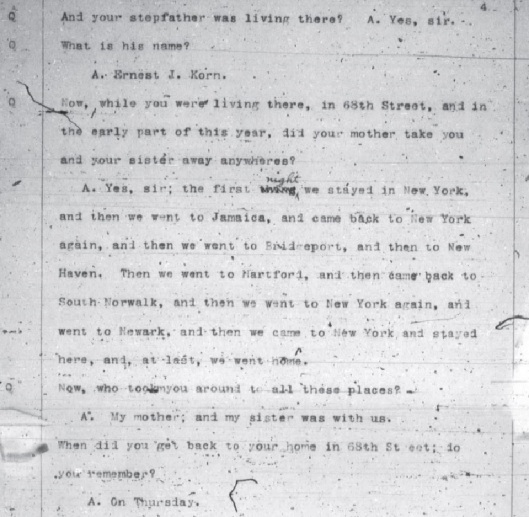 They then asked the doctor to give his explanation of Mrs. Korn’s condition.

The court decided not to go any farther and had Mrs. Korn committed.

And the case was closed. 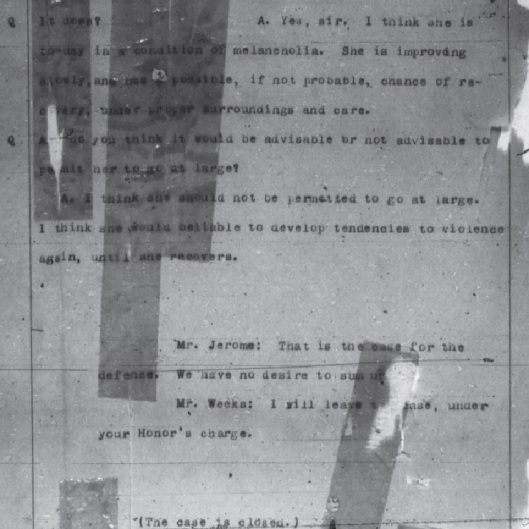 Or was it? What happened eighty years later? What would shake this whole case to the core?

At the end of this transcript is a note that would indicate that Edwin Waring may not have been as innocent as his testimony indicated.

So on the seventh of November, 1970, Edwin Waring, an old man of eighty-eight years by this time, was convicted of poisoning his entire family which consisted of 48 people. He also admitted to the poisoning of his little sister Florence.

If so, how was the inscription at the bottom of the case entered?

Was it a hoax perpetrated by a disturbed person that somehow had access to the archives?

Was it Edwin himself that found a way into the archives and added the note.

Was he attempting to exonerate his mother?

Or was it a family member who read about Fannie Korn on some “ancestry” site and could not face the truth?

Who knows of Edwin Waring? No entry of a family mass murder of this size and type has ever been recorded.

What is the truth about the Waring Tragedy?

NOTE:  My deepest thanks to the John Jay Criminal College Library for the reels of microfilm used in this post.