Old Ben Butler…. he is a hoot.

Both Bogdan Yelcovich and Jim McFee have heard of him.

We were talking about Butler one day and sure enough Bogdan brought in some literature about him.

Bogdan must have a house full of recent periodicals. Maybe that is where he learns about all this trivia.

Anyway we should start with the basics.

Ben Butler is big in politics but not so big in wartime.

Everyone seems to either hate him or love him. He has strong opinions on everything and does not have the patience to beat around the bush looking for snakes.

If he thinks there is a snake in the bush he reaches in, grabs it by the tail, and yanks it out.

Ben’s problem is that once he gets hold of the snake he doesn’t always seem to know what to do with it.

There is a story around about his school days. He decided that he needed to speak out about the Christian ways of the school he was attending. That got him close to expelled.

Bogdan had a periodical that I had never seen before. It was rather humerous and poked jokes at everbody from Commodore Vanderbilt to Old Ben Butler. 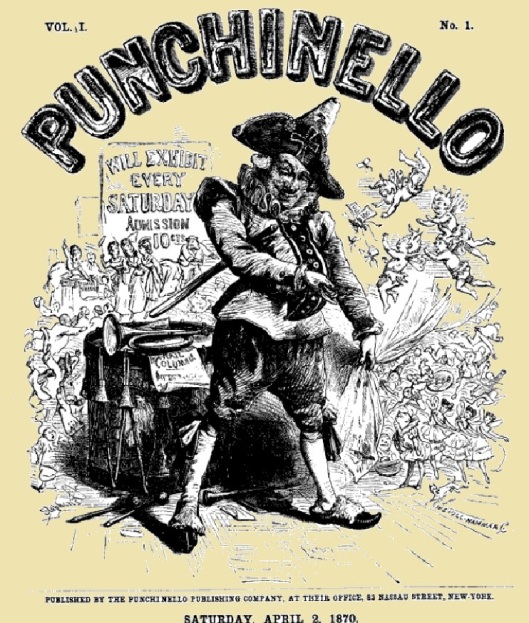 Of course they had to ask a snide question with two meanings.

Other periodicals joined in on the fun. 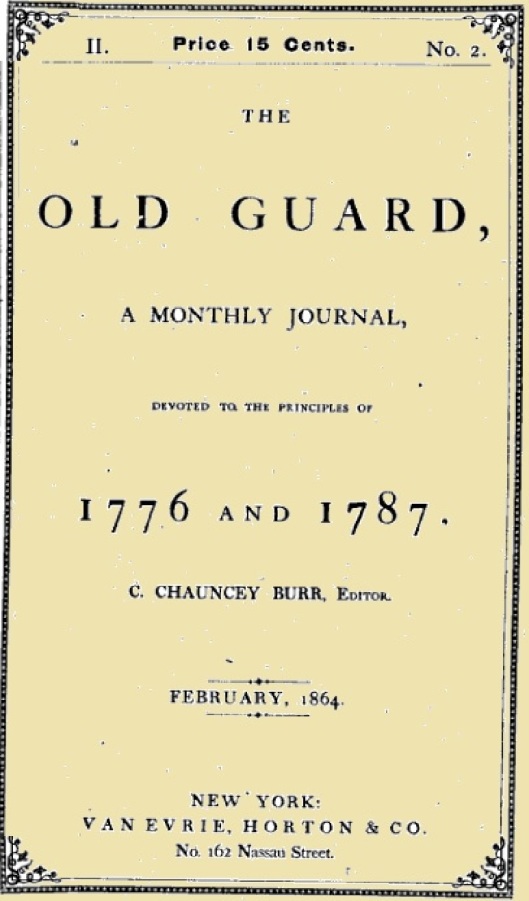 But “The Old Guard” got pretty nasty about Ben after the civil war.

And then there is the “New Orleans” story:

OCCUPIED BY THE TROOPS OF GENERAL BENJAMIN FRANKLIN BUTLER

It seems as though the ladies of New Orleans were harassing his troops and being generally mean to them. Butler, once again, grabbed the snake by the tail and yanked it out of the bushes. 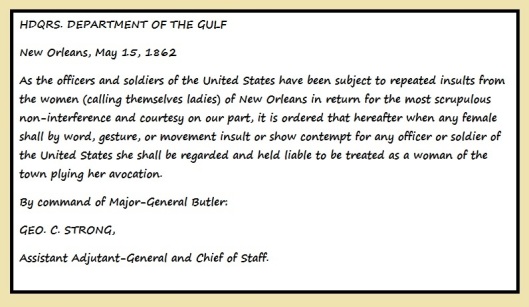 Of course this was an insult, not only to the ladies but also to the southern gentlemen. An uproar ensued in periodicals all over the country.

This would be a good place to show the good General’s photograph for comparison.

The comparison will be the picture of General Benjamin Butler that started showing up in the bottom of all the “thunder mugs” being sold for the boudoirs of New Orleans. 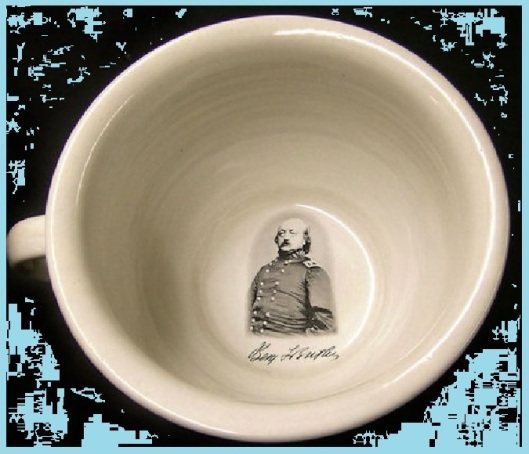 Even the consumptive patients in Saranac, New York had something to say about Ben Butler and his political cronies.

And the following is an example of how Old Ben Butler ignored orders and pulled a rabbit out of the hat.

Even the Susquehanna River played a part in that story; how about that!

Someone, a hundred years into the future, may refer to Ben Butler as “a reckless, impetuous, headstrong, boy who regularly got into fights and never seemed to grow out of it.”

Bogdan is on vacation.

He doesn’t know it but I am going to try my hand at finding something interesting in print today.

Now I don’t want to talk about railroads today. I just want to show you what this guy Roebling is doing.

He was born in Germany and studied there. Other than that bit of information it is going to be all pictures.

This is how I discovered him: 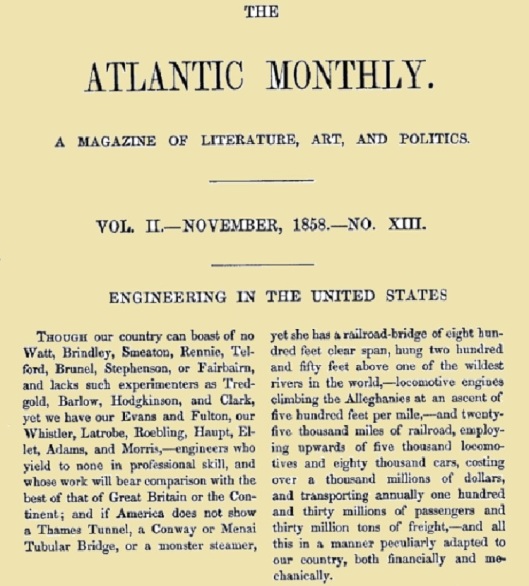 Please ignore the word “railroad” in the above article.

This is what used to suffice for bridges before Roebling came along:

This is what happened after he came along:

It, of course, is the Brooklyn Bridge,

over the East River of New York City

This is the Suspension Bridge over the Ohio River between 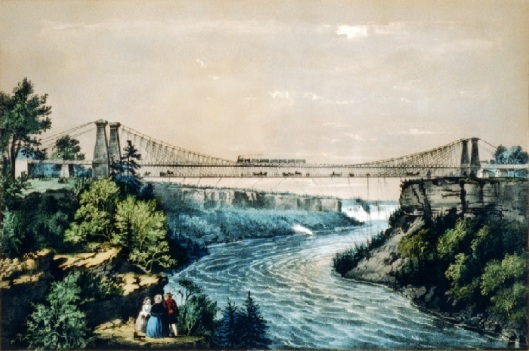 This beautiful rendering is the Suspension Bridge,

over the Niagara River,

between Canada and the United States

This one is really unbelievable.

It carries a man made river across a God made river.
It is at Lackawaxen, Pennsylvania
and crosses the Lackawaxen River.

Gravity Railroad Routes.
Can you imagine the weight of all the water that this bridge had to support?

This structure, above, crosses the Delaware River

between Pennsylvania and New Jersey.

I think you have an idea of Roebling’s Bridges.

Lets see what other bridges we can peruse.

He must have seen the puzzled look on my face.

So he showed me:

So Julian complied and showed us some nice wood cut engravings.

And finally Julian – – – and Bogdan Yelcovich – – – got to the part about the bananas.

He pointed out the banana boats and dealers.

And the fellows who hauled the bananas away.

And finally I asked Bogdan “What does all this add up to?”

Of course he rattled his “Harper’s Illustrated” and opened it up to page 382.

I was impressed. So we hopped a train to New Orleans, saw some really pretty girls, and got a ride back to New York on this banana boat.

Boy oh boy – – – Gunther was madder than a hobo without a can of beans.

We almost got fired. Thank God we left McFee behind to cover for us.

On the way home that night we met a street vendor singing a song.

Maybe you would like a Hollerith version of the song.

It is an instrumental.