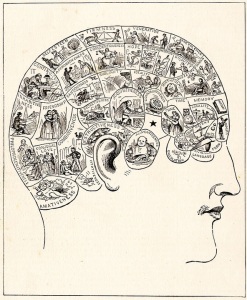 But what occurs when circumfluent models and emotions tend to skee-daddle a little sideways?

The following true story directly from a Surgeon General should answer that question. 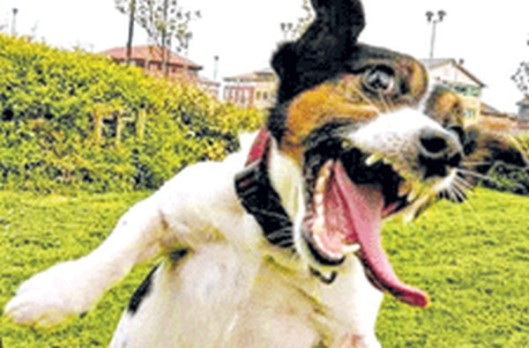 Or how about a poor girl who lost herself in Pennsylvania?

THE CASE OF MARY REYNOLDS 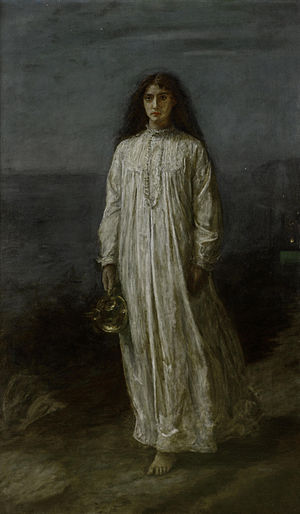 THIS NEXT STORY MAKES ME WONDER;

“WHO WAS SANE AND WHO WAS INSANE?” 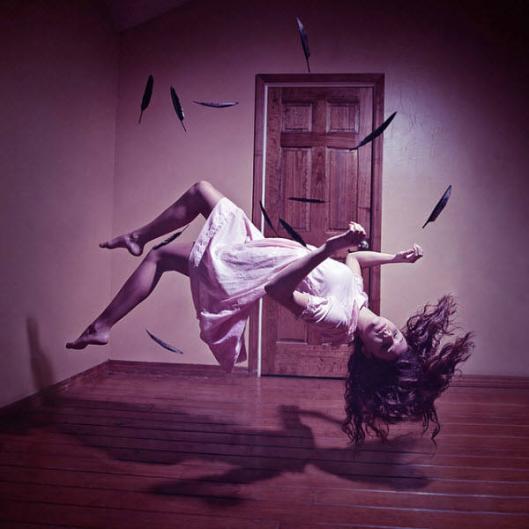 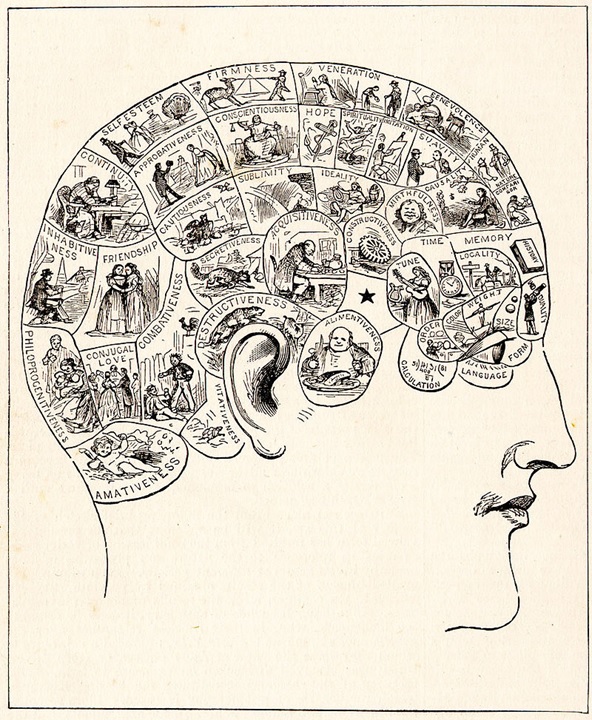 The brain has done its planning and storage. It is now the ‘thought-story’ that has to be formed – – – microseconds after the brain has done its basic work. Emotion is experienced; however, the emotion needs to be translated to ‘thought-language’ of a feeling before it can be acted upon or discarded.

My position, in summary, is “Consciousness is the story we form in our minds after our brains have worked, in parallel, in different sections of the brain (planning, storage, etc.), and are then joined to take action.”

The thought-story is what we arrange to rationalize the action we are about to take, may have already taken or – – – discarded as not in our best interest.

I now would like to call upon a three knowledgeable people to help solidify my theory.

“1.   . . . the work done [by the brain] must be broken up and distributed in time and space to specialized lesser agencies of the brain.”

“3. There is a massively parallel process in the brain . . . in which multiple (and often incompatible) streams of content fixation . . . take place simultaneously (and asynchronously) . . . out of which the appearance of a ‘final draft’ . . . is created by ‘probes’ that retrospectively elevate some drafts at the expense of others” . . .

“The transition from unconscious to conscious is real but since it involves the accumulation of a wide variety of sequelae which may become undone and redone, overruled and the rehabilitated” . . .

“Contents arise, get revised, contributed to the interpretation of other contents or to the modulation of behavior (verbal or otherwise)” . . .

Max Tegmark, Cambridge University, claims that consciousness is not something different than brain synapsis firing. His analogy is that like a drop of water compared to clouds; they are both made up of H2O; the same material. The difference is in their structure. He considers consciousness as an ‘emergent phenomenon’ that occurs separate from when the brain has done its work. See minute 5 thru eight to hear Tegmark’s concept of emergent consciousness.

Once again, my position, in summary, Consciousness is the story we form in our minds after our brains have worked, in parallel, in different sections of the brain (planning, storage, etc.), and are then joined to take action. This consciousness is the result of a basic emotion which had been initiated by our (sometimes subliminal) senses. The story that we create to understand our emotions become emergent feelings. 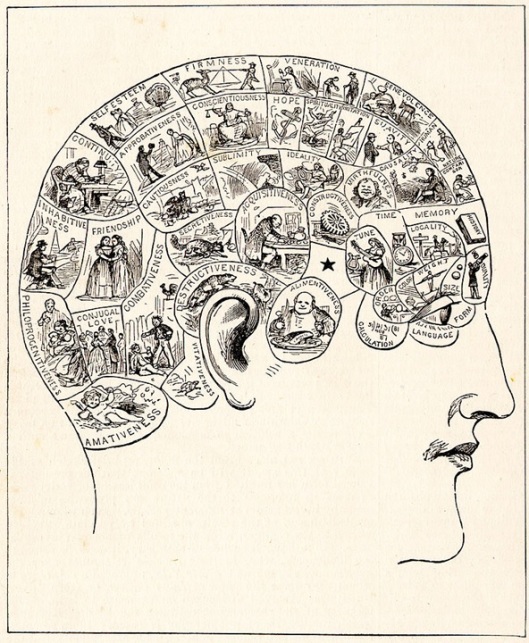 This three post series is about the way I see the brain and how it handles emotion. No one should assume that any scientist (or myself for that matter) is responsible for my thoughts.

By the term “circumfluent model of emotions and consciousness” I mean a concept where emotions are an initial phase prior to consciousness or a cognitive state. Only then does the consciousness determine what “feelings” are to emerge from these basic emotions. Only after the emotion is experienced and the feelings are determined can the being have agency and act. Additionally, this series of emotions, feelings and action are recursive in a matter of moments.

Allow me to define an analogy. A computer fetches an instruction. It then deciphers the instruction to determine if it is a mathematical/logical type or preparation for data management. Then it executes the instruction depending on its parameters. This can be shown as;

The computer must then fetch the next instruction and repeat the three steps until the software program has finished its task.

Modern microprocessors now do this in parallel, both horizontally and vertically.

This is what I mean by a “circumfluent model” that acts recursively.

A “circumfluent model of emotions and consciousness” acts in the same manner. 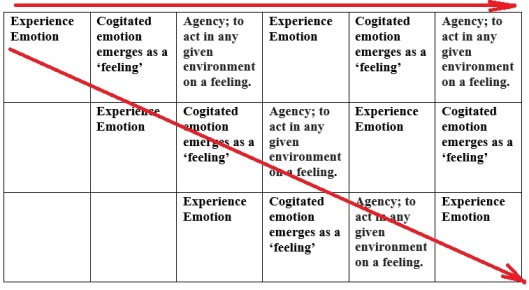 Before proceeding any farther, I must define ‘Emotion’. I believe there are at most only four basic emotions; fear, surprise, sadness and ecstasy. All other things that people call emotions are simply feelings. Anger, contempt, love, enjoyment, disgust, resentment, etc. And of course let us not forget ressentiment (the former does not speak to the special relationship between a sense of inferiority and the creation of morality and may not allow agency). All of these feelings, and more, emerge after the being has given some thought to the basic emotion experienced.

Beings continually experience their environment and are therefore conscious in either a major or minor fashion except in those special cases of sleep, unconsciousness or anesthesia. The emotions are the result of normal use of the senses. These emotions may be subliminal or appear subliminal once the being has given some thought to what has just occurred.

I believe that consciousness is the explanation for delayed recognition/responses in normal events even though this response time may be a fraction of a second. What has just occurred in the brain needs to be put into story form before ‘the being’ – – – animal or man – – – knows how to act upon it. I believe that this delay is not due to one part of the brain doing planning and subsequently another part doing the storage of the plan. These functions are done summarily and in parallel.

Part of the circumfluent model of emotions and consciousness theory is that after this parallel process is completed the mind needs to form these brain activities into a story which can then be put to the language of the being.

The language may not be a spoken language but rather any language that the conscious being communicates to itself with. The language may be the feeling of “apprehension”, “indifference” or “happiness” and may have no vocal equivalent to the emotion which emerges as a feeling. Beings experience infinite levels of feelings; mild concern to outright terror or in the case of indifference – – – hardly registering any emotion – – – or, in the case of happiness – – – somewhat pleased to over whelming joy or bliss.

Several people, people including Aristotle, Darwin and most recently Robert Plutchik[1], have created lists of basic emotions. I do not agree with all of the listed entries but several have a common basis. These are Disgust, Anger, Fear, Sadness, Happiness, Surprise and Contempt. Farther, I believe even this list is a bit too encompassing for what I wish to convey regarding the Circumfluent Model Consciousness and Emotions. This model proposes that there are four basic emotions which awaken consciousness; fear, surprise, sadness and ecstasy. Once conscious, the mind then creates a dialogue that explains the event just sensed; the event that created the emotion. This dialogue allows the owner of the mind to then contemplate what has occurred. When the contemplation is complete the mind the decides on what higher level emotion should be considered. These higher level emotions are what some have called feelings. Only when the feelings have been identified can the owner of the mind take action (have agency) or not take action depending on the interpretation (feeling) of the emotion.

There are infinite levels of feelings that the being – – – man or animal – – – may experience.

What I am saying is that feelings come after the basic emotions, planning and storage. Only then can they be organized into thought-language that the being can act upon. Some beings may not be able to organize thoughts to explain their emotions. This may be due to the intellect or limited ‘thought-language’ capability of the being. In humans it may even be conflicting feelings which keep the being from telling itself the real story.

Mankind has invented words to express his emotions as thoughts; however, the emotions are subliminal and the thought must be constructed from them. Other beings may not have a ‘thought-language’ but they are not philosophical zombies either; they appear to experience some level of subliminal emotion. The mind needs to put these subliminal experiences into some form of understanding. Once that is done the emotion has been converted to some sort of ‘thought-language’ so that it can be a conscious experience. That ‘thought story’ is what makes consciousness so personal, so subjective and yet so nebulous and difficult to explain.

[1] Robert Plutchik (21 October 1927 – 29 April 2006) was professor emeritus at the Albert Einstein College of Medicine and adjunct professor at the University of South Florida. He received his Ph.D. from Columbia University and he was also a psychologist. He authored or coauthored more than 260 articles, 45 chapters and eight books and edited seven books. His research interests included the study of emotions, the study of suicide and violence, and the study of the psychotherapy process. (from Wickipedia)