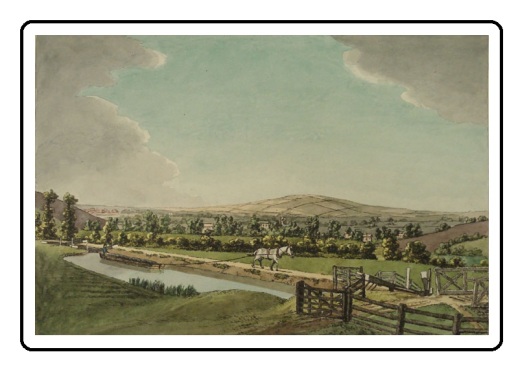 This is the first post of many within a blog that I hope is both entertaining and educational.

The blog is an archaeological study of two families who settled in Chenango County, NY in the early 1800’s.

Both families have the surname of Birdsall. However they lived quite different lives.

One lived in the center of Greene, NY [previously “Hornby”] the other lived in a rural setting of the same township.

This blog will be a comparison between the two families to determine what we may learn from each.

There were two distinct portions of the original study. The first was a physical archaeology in which artifacts were obtained and analyzed. The second portion of the study was a “historical archaeology.”  The name applies to a study of available documentation about the subject and the time period that the subject was studied.

Lest you become concerned about the artifacts losing their provenance and data, allow me to assure you that neither occurred. The data and artifacts are in professional hands. 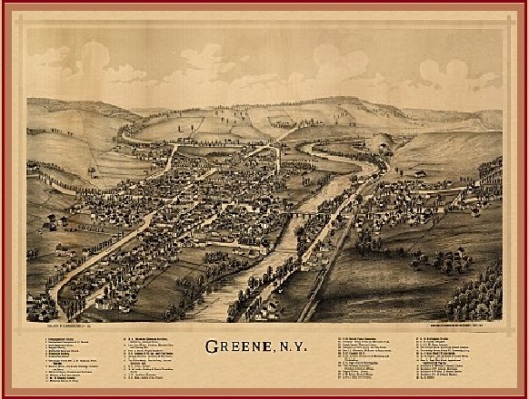 There is a place in the town of Greene, Chenango County, NY, that is as peaceful and serene as any remote location in the Adirondacks. There, in that place, hours of refuge have given my mind the ability to recreate and escape the environment of corporate deadlines, technology gone mad, and mindless meetings; a rest from the racket of my own choice. There, in that place, a tapestry of well executed natural fresco blends with the emotions of feathered creatures, seeking each other in the curtains of hemlock that flow to the ground. One can sit and enjoy the sights and sounds of tranquility, or, one can walk, still-like, and catch a glimpse of a wild turkey; that gray ghost of the forest.

It is there, far in the background; the mountaintop.

This magic place was once the home of Henry Birdsall, the first settler on this remote land. Others had passed by, but did not settle, as that was the nature of the Native Americans who fished the river and hunted the upland areas; and then moved on. Henry, though, carved out fields from the forest, constructed homes, stone fences and thereby established a compound for his descendants.

But “technology gone mad” had already established itself despite Henry’s efforts to ignore it. His beloved farm was about to be cut in half by a trench, a trench 4 1/2 feet deep, 46 feet wide, and 95 miles long. The trench would bring cultural change and daily conflict. This trench was the Chenango Canal; three years in construction and only 39 years in existence.

This blog is about Henry Birdsall and his family. It also compares his life to that of a Benjamin Birdsall who lived in the Village of Greene. Support actors and actresses are present and their roles in life, as well as Henry’s and Benjamin’s, are considered from various points of view.

I can not continue without a few acknowledgements.

First of all I would like to thank my wife of 50 years, Pury, for her understanding and patience as I drove around central NY State collecting data. I also wish to acknowledge her patience for those times I ‘widowed’ her as I worked on this project.

I would like to thank Michele McFee, author of “Limestone Locks and Overgrowth” for depicting daily life on the canal and the towns along its path. Michele was also kind enough to furnish a copy of an old canal map depicting Henry Birdsall’s farm.

I would also like to thank Dr. Gabriella Castro for her enthusiastic mentoring in a class on “Laboratory Methods in Archaeology”, Dr. Randy McGuire for his extensive background and lectures on “Historical Archaeology”, and Dr. Nina Versaggi for allowing me to work in the Public Archaeology Facility. All three of these people are associated with Binghamton University, Binghamton, NY.

Public policy created tremendous pressures on their way of life. At times these pressures were economically beneficial. However, this came at a cost of cultural modification. In other instances public policy created drastic economic hardship, which in an ironic way, allowed the family to escape some social pressures. The family then often found itself faced by other and newer pressures.

During the same time period Lt. Col. Benjamin Birdsall, a revolutionary war veteran, also moved from Dutchess County to Greene. His family also expanded. However they tended to be real estate and mercantile entrepreneurs as well as lawyers and politicians.

Gathering data on the family of Henry and comparing the two families is the purpose of this blog.

The common thread that allows this comparison is the building of the Chenango Canal, the demise of this canal, and the replacement of it by a railroad. The creation and operation of these transport links allowed both families to be in New York State documents.

This project originated as a fuzzy idea on how I could best record the origins of the people who initially settled a parcel of property that we own. The property is used for recreation (hiking and peaceful solitude). Nature and logging had taken a toll on the remnants of the existing features (home foundations, springs, stone walls and dug roadways).

At the beginning of this endeavor it was decided not to disturb anything without recording its exact provenance (location) and there definitely would be no excavations. Therefore all artifacts are catalogued with their found location, diagnostics and photographs.

In preparation for determining what I could about the Henry Birdsall family it became apparent that there was another Birdsall family; the Benjamin Birdsall’s. An attempt was made to establish family relationships between the two. However, no documentation or circumstantial evidence proves that point. Other aspects regarding each family’s culture tend to show a wide chasm between the way each family responded to various social and public policy pressures.

The next post will cover the features of the Henry Birdsall compound; foundations, privies, dug roads, corrals, quarries, etc.